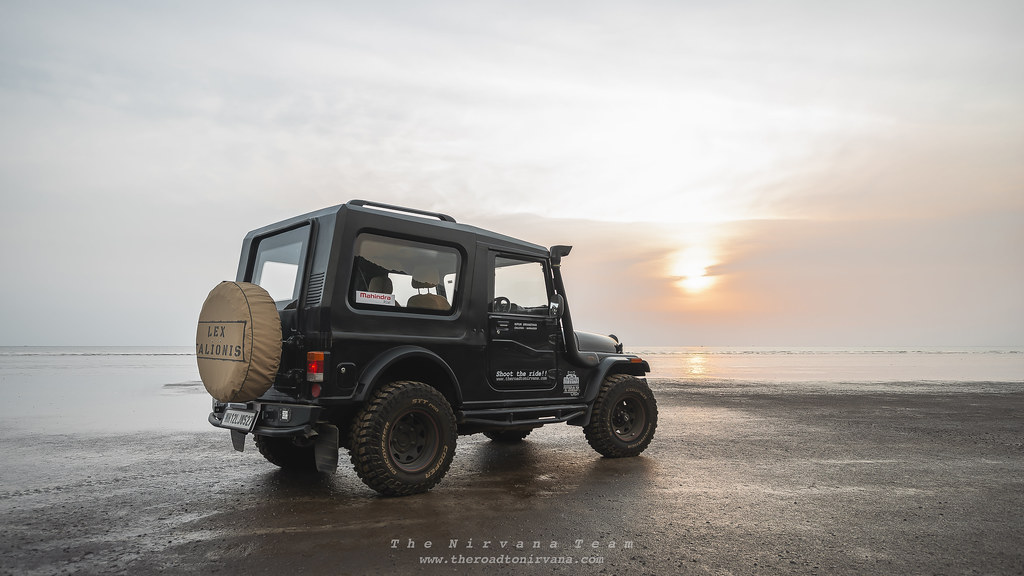 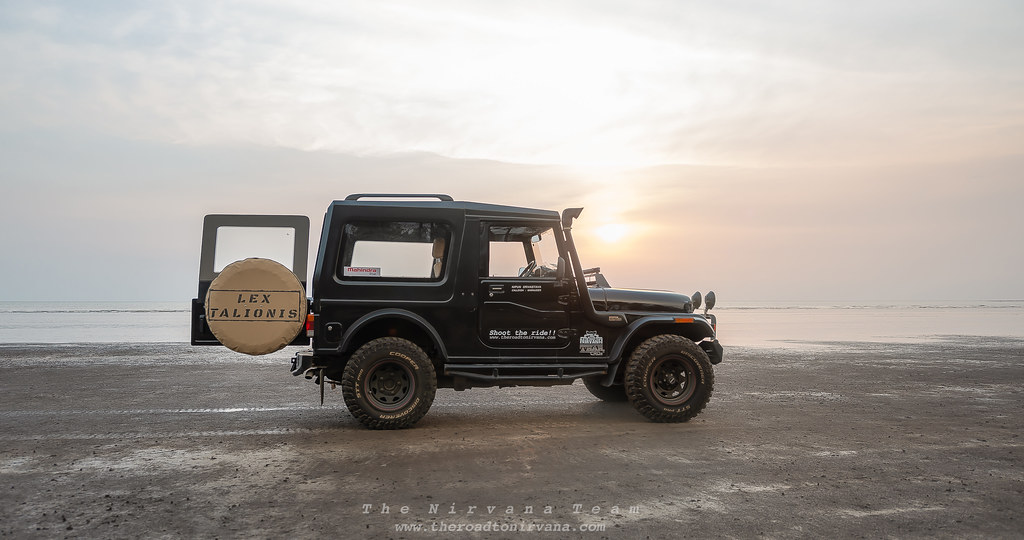 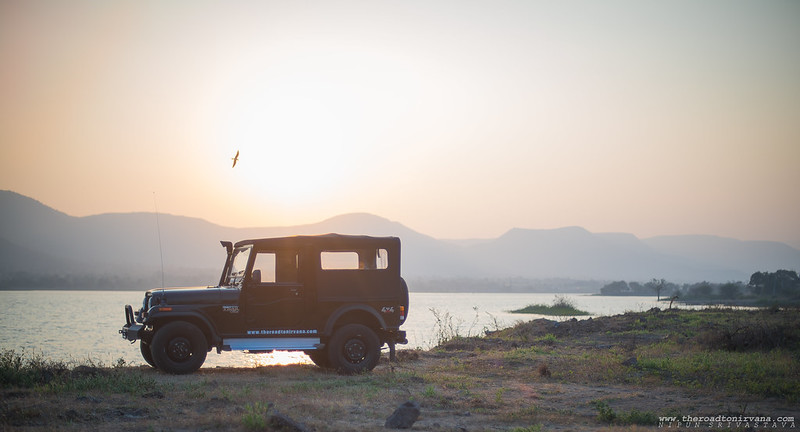 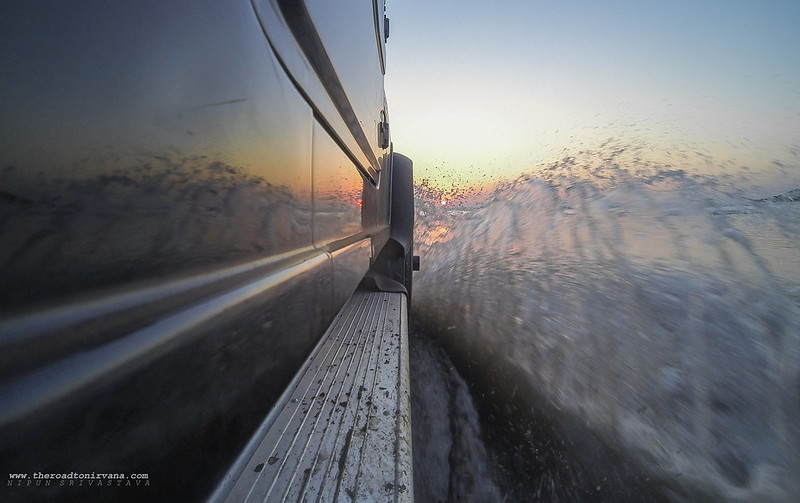 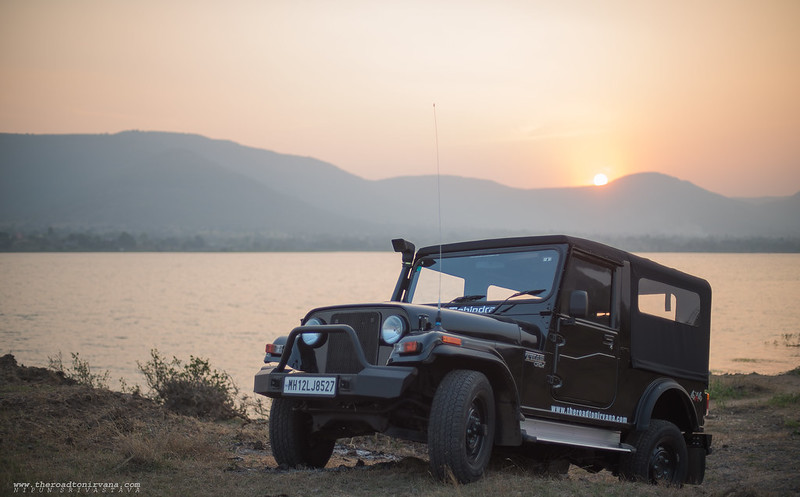 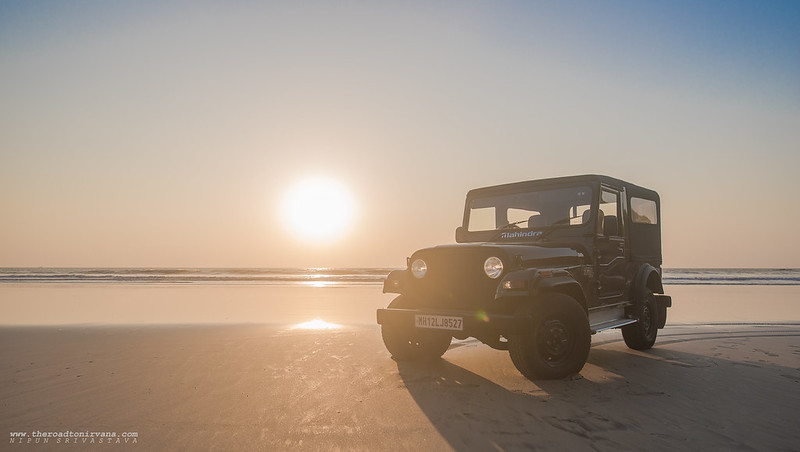 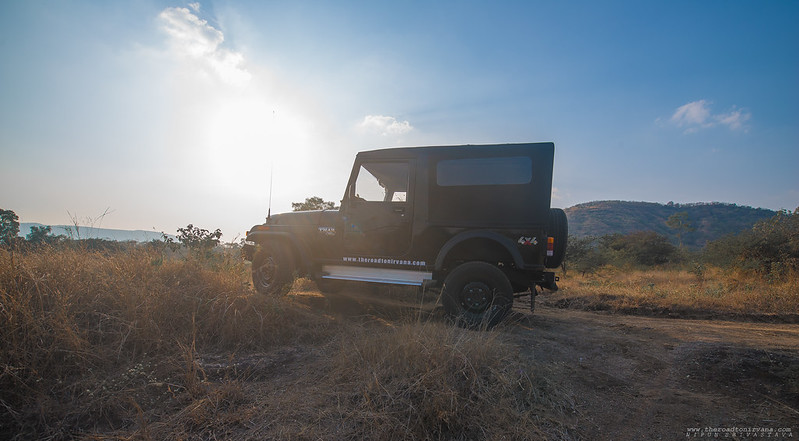 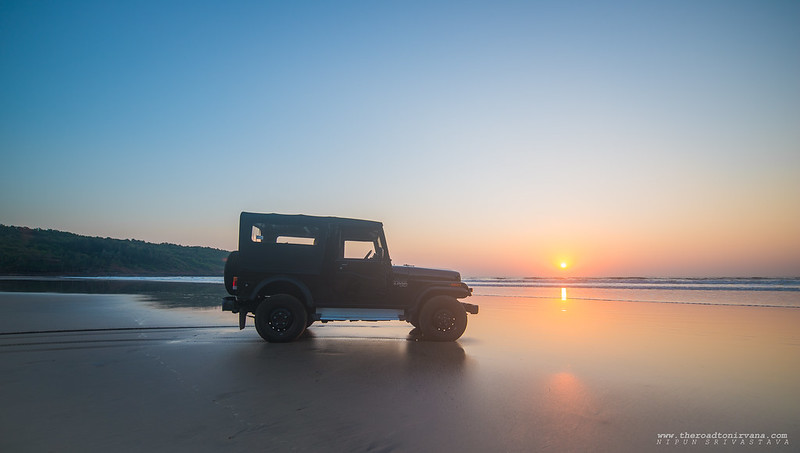 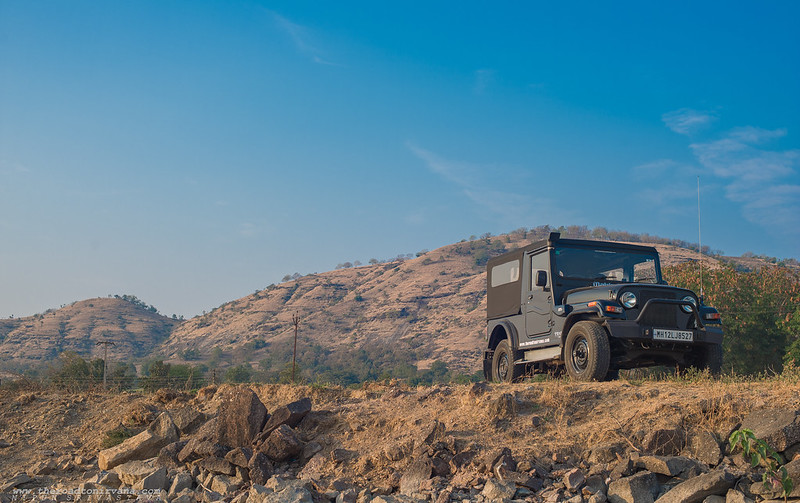 Driving in India and off-roading are synonymous. Seriously! How we manage to drive our little hatchbacks and sedans is a mystery. Which makes the case for brute, no nonsense off-road vehicles.

We’re at the peak of the monsoon here, the roads are more interesting these days and so are the weekends. On one such interesting weekend, we drove ourselves to a tourist spot near Pune. Read on and find out what happened. No, not Lonavala.

There is something to be said for not caring about potholes while driving. Take it from us, that luxury is priceless. Not worrying about the underbelly of ones vehicle is a whole new level of nirvana, especially when one enjoys adventurous road trips.

Our choice of vehicle, the Mahindra Thar CRDe, is a 4×4 jeep made for the young and tough or rough or whatever defines men and women who don’t mind a little fun in the mud.

Some ask, is it comfortable? No, kind people, it’s a jeep.

Our particular version had a thick cloth roof which didn’t leak, too much. AND we had an air con which worked! The epic simplicity of a jeep is what is beautiful to us. It takes use, abuse, reuse and still keeps going like nothing else on the road.

We figure, as long as a person can deal with less than average driving comfort and above average maintenance interactions, this jeep is perfect. The Thar has a good engine for over-taking on the highways and doing your average off the road antic. Give the CRDe a smooth road and it will touch 140 km/h. Yes!

It’s planted too, more so than other jeeps which lack front independent suspension. Pardon the jargon. What we’re saying is, the ride is bumpy but you won’t hit your head on the roof. The Thar is a pleasure to drive on smooth and curvy hill roads as long as you keep it under 70 and have some rpm in your pocket.

It rolls just enough for you to get a cozy moment with you know who. 😉

Mahabaleshwar, surprisingly, turned out to be the perfect test run for this little doer. We drove through pouring rain in the day and as soon as the sun set, we found ourselves doing 10km/h in completely fogged out driving conditions.

For those who don’t know, jeep headlamps are some of the worst that were ever invented. Somethings that are well invented are roadside reflectors and footpaths! Literally tracing our path with the help of these aids, we reached our destination. Beer, food, sleep and back in the jeep.

We, being awesome, chanced upon an open table top mountain on our way back and stopped for a quick photo-session. Remember the joy of jumping in rain water puddles as a kid? We did that and a little more.

Tourist spot shmoorist spot. Thanks to the constant rain there was hardly anyone here, making our pictures look like they were taken in the middle of nowhere. That’s the thing about jeeps, rain/slush/snow only excites the driver. There were no damp spirits here!

Hard core off-roaders would probably not like this turbo version of the jeep too much. The ECU controlled engine dynamics can sometimes make a tricky situation trickier. But, that’s not to say that the CRDe Thar is bad at off-roading. It can handle pretty much anything that the average enthusiast can throw at it.

So, we think this jeep is a perfect all rounder. All this when it’s completely stock with no modifications. We know, what’s a jeep without modifications right? There you have it, even when stock, the Thar is a damn fine vehicle. We’ve had our eye on it for a while now, who knows, you might see the nirvana brand jeep rolling alongside soon!

Also, in our bid to encourage motoring conversations further, we’d like you to comment below and tell us what you think. We’d love to know how our readers satisfy their cravings for the road! Cheers!